Yesterday I decided that the Tyntesfield pumpkin had been sat in the pantry for long enough and decided to make it into pumpkin pie. 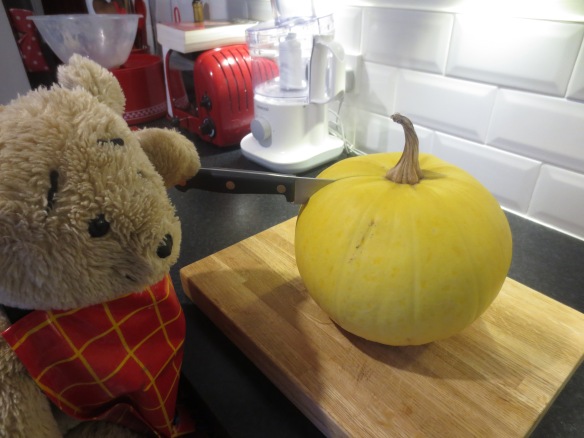 I wasn’t exactly sure how to make pumpkin pie, Nye used to eat it when he lived in the USA but unfortunately he doesn’t really know how to make one.  I decided to use a recipe from the BBC Goodfood website http://www.bbcgoodfood.com/recipes/1742633/pumpkin-pie.  First of all I had to cut up the pumpkin and cook it until soft in water. 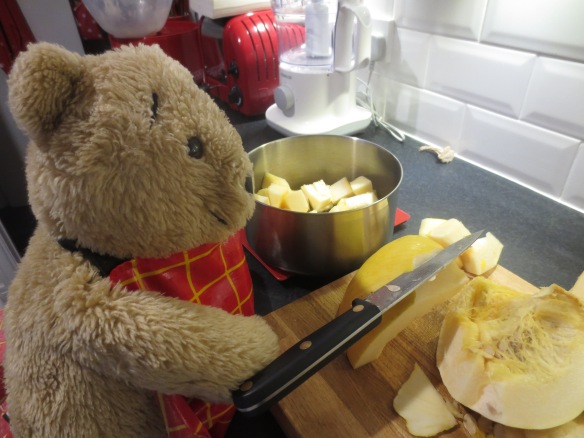 While the pumpkin cooked I made the pastry… 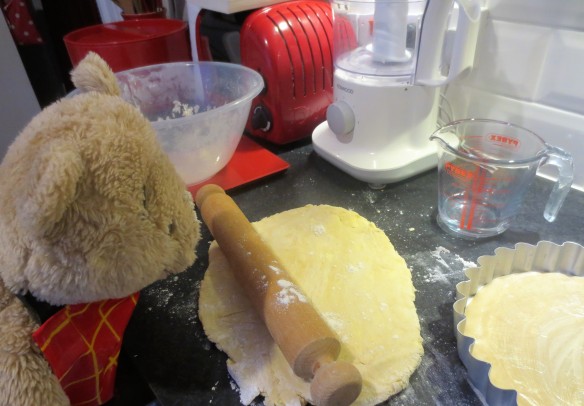 I lined a special loose bottomed flan tin and then pressed the pastry into it. I had to make lots of little fork holes in the pastry to stop it bubbling up, then put it in the oven to cook.  Meanwhile I mixed up the pumpkin pie filling mixture… 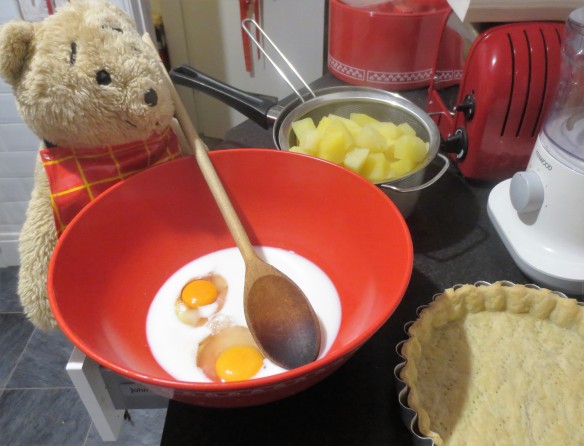 I found this somewhat difficult using a wooden spoon, so swapped to using a stick blender powered by electricity instead of paw power. 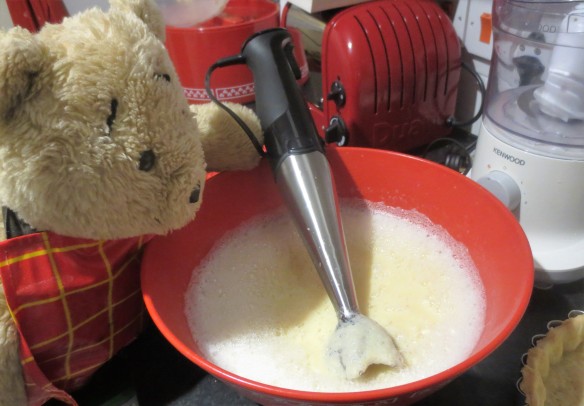 The whole lot was then tipped into the flan case… 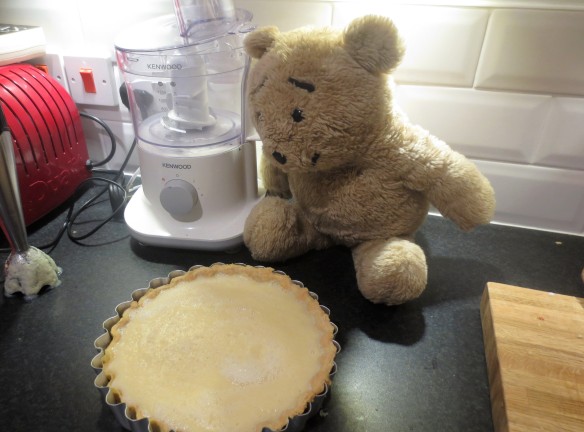 The pumpkin pie had to be baked at a very hot temperature for 10 minutes then at acooler temperature for a further 20 minutes. Unfortunately when I removed it from the oven I managed to put a paw mark in the edge. 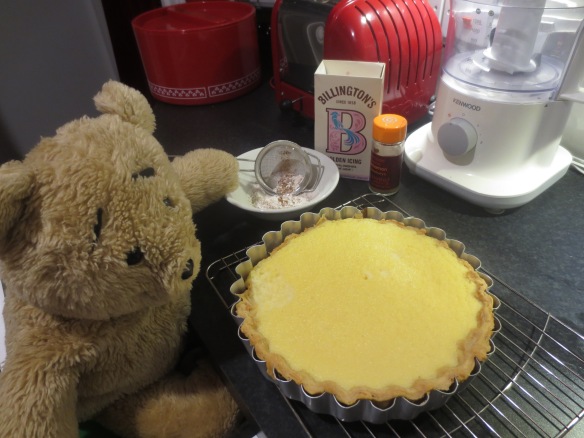 I tried to fill the paw mark in with the icing sugar and cinnamon sprinkle topping but it didn’t quite work, but the humans seemed to be happy with the result! 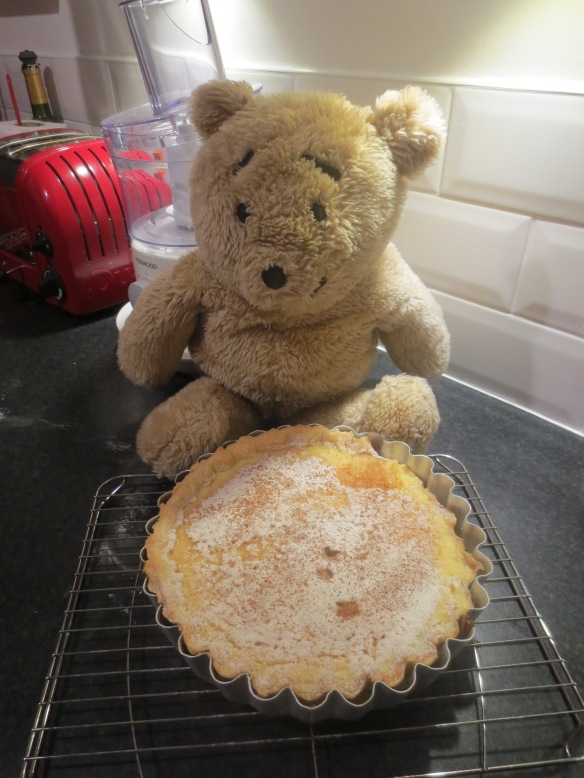 This afternoon I gathered up a few of my bear friends to try out the pie.  Nye is the only bear who has eaten pumpkin pie before, and he said it was very good, almost as good as the pies he used to eat in the Autumn in USA.  Gilbert and Hester enjoyed it too, though Gilbert thought it ought to be served with cream.  Growler wasn’t too keen, he said he preferred apple crumble.  My own opinion, it tasted OK but I think it needed some more spice. 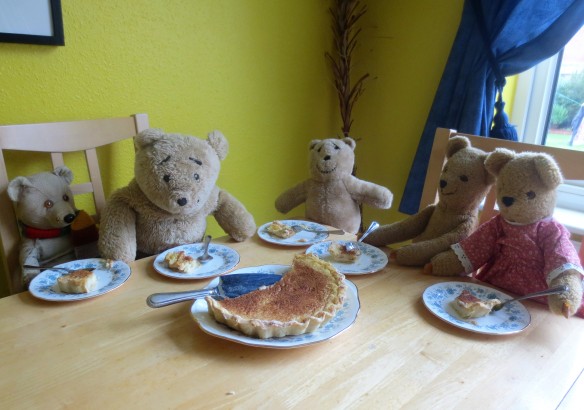 Why not try making one if you have a spare pumpkin?