Not so many humans visit National Trust houses and gardens in winter, but although there aren’t any flowers, they are still very interesting.  Montacute  House has lots to see and  do .

The Wibbly Wobbly hedge was fascinating.  I could see all sorts of faces in the wibbly wobbly bits, with noses poking out here and there .

Behind  the wibbly wobbly hedge there was a fence that had been designed to deter bears from getting too fat .

The entrance to the ice house was a bit creepy.  Years ago servants from the big house had to visit the ice house to get ice to keep food cold  as fridges had not been invented .

I peered into the deep hole where the ice collected from ponds was stored .  I was glad that there were railings as the hole looked like it went on forever .

On the top of the house there were lots of stone animals.  Humans that live in Somerset call them ‘hunky punks’.  You can just about see them in this photo . 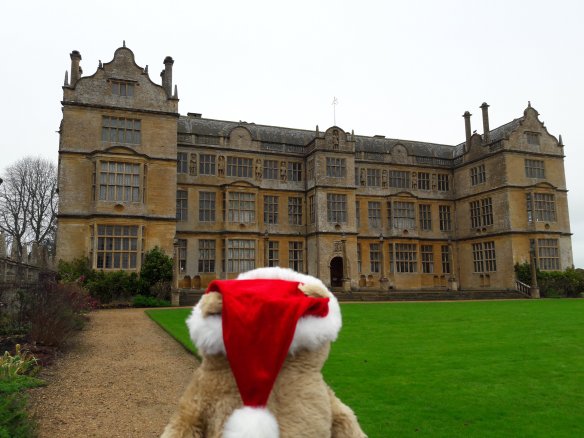 I sat by the fountain for a while and watched the fish swimming around .

I leaned over to get a closer look which got the humans rather worried that I might fall in.  Within seconds my feet were being held just in case a gust of wind blew me into the pond .

There were a couple of lovely little houses at each end of the garden .

Someone had thoughtfully set up a special place for bears to rest in this one .

Inside the other little house I made a paper lantern . 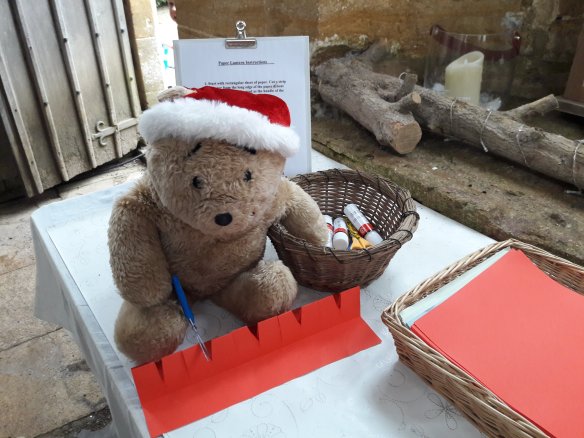 One of the humans lifted me up to hang my creation on the lantern tree.  It was covered in fairy lights to be lit up once dark.  I would have liked to have seen Montacute in the dark with all the lights twinkling but we weren’t able to stay that long .

This is a banqueting house where the household would sometimes have meals.  It must have been very hard work for the servants carrying everything from the big house to the garden for them .

I think I look quite important sat at the banqueting table. 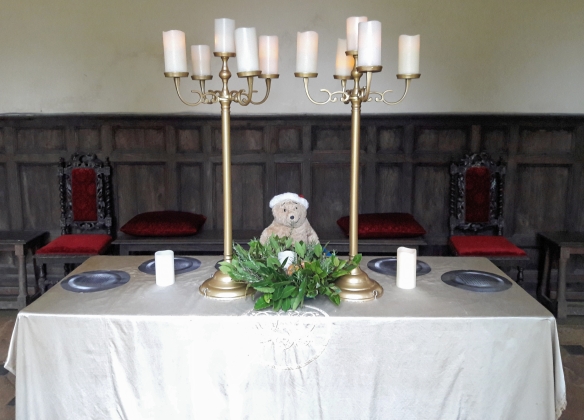 Montacute House and garden is surrounded by parkland.  In the park area I discovered a tree just right for bears to climb .

I climbed very carefully as a fall would have resulted in me having to go in the washing machine, not one of my favourite pastimes. 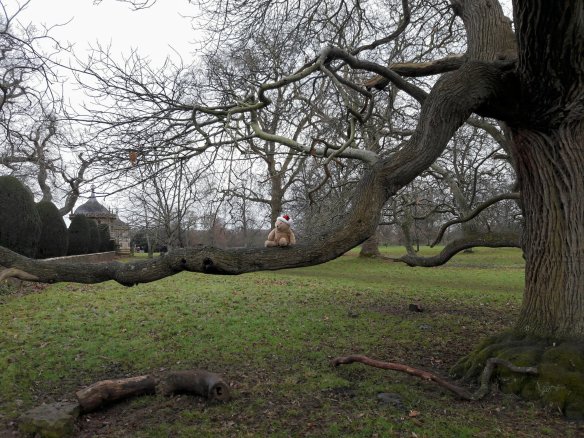 Another tree had horses made from old tyres hanging from it.  I would have liked to have swung as high as the children using the swings but the mud below and more thoughts of the dreaded washing machine put me off. 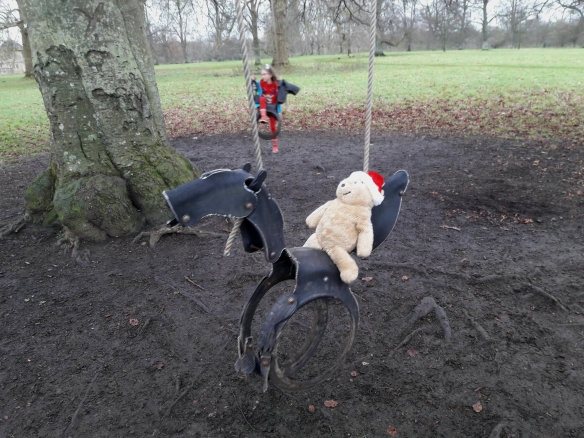 On entering the  House I had to put on some special blue shoes that looked rather like shower caps.  They were to prevent people and bears bringing dirt  into the house via their shoes .

Someone was in the middle of a game of patience but had gone off to get a cup of tea or something .

There were  prickly teasels on lots of the chairs in order to stop humans and bears from sitting on them.  A good deterrent; I wouldn’t want one of those stuck to my bottom ! 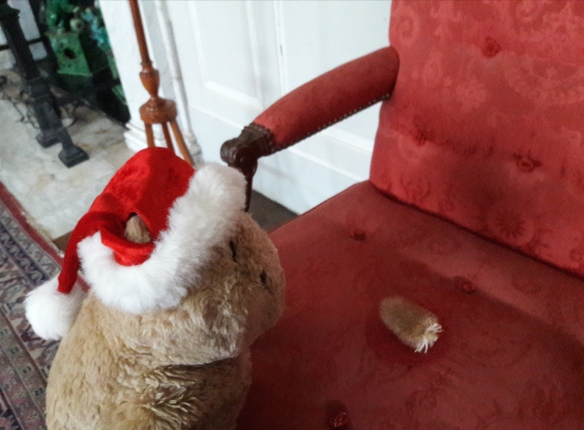 In one of the bedrooms there was a bath inside a cupboard .

I was drawn to the room at the top of the house by the lovely smell coming from it.  The floor covering in the Tudor hall was made of plaited rush and for some reason smelt of honey. 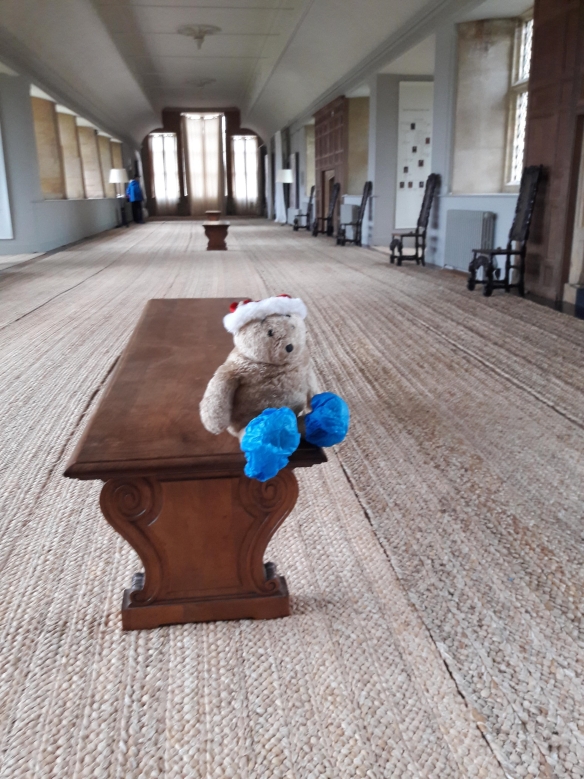 I spent a couple of hours exploring Montacute and ended up very hungry.  At the end of the visit I was able to tuck into a big bowl of cauliflower curry in the café .   Yum Yum Yum…….

2 thoughts on “Montacute House in winter”