I felt rather sleepy following the car journey to Liverpool so I was delighted to find beds in the kitchen garden.  I had a ‘power nap’ for ten minutes.

Refreshed from my nap I inspected the produce.  The squashes were growing very well.

When we reached the entrance to Speke Hall I paused for a ‘selfie’.  Speke Hall is very old; it was built in Tudor times.

There is a courtyard in the middle of the house, and just above the door I noticed a hole in the eaves.  The guide said this used to be used for ‘eavesdropping’ or in other words listening in on the conversations of visitors to get some idea about whether they were safe to let into the house.

The walls between the timber frames of the house are made of ‘wattle & daub’.  Wattle and daub is made by weaving twigs with wet soil, clay, sand, animal dung and straw. (source:Wikipedia) 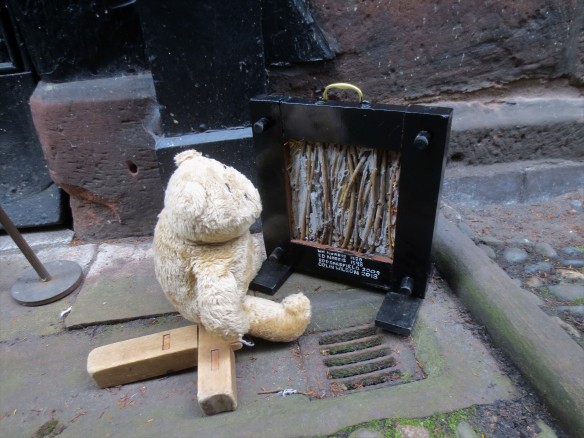 The inside of the house is mostly Victorian as the house was renovated and updated over the years.  There was a banquet laid out in the dining room including some rather delicious looking desserts. 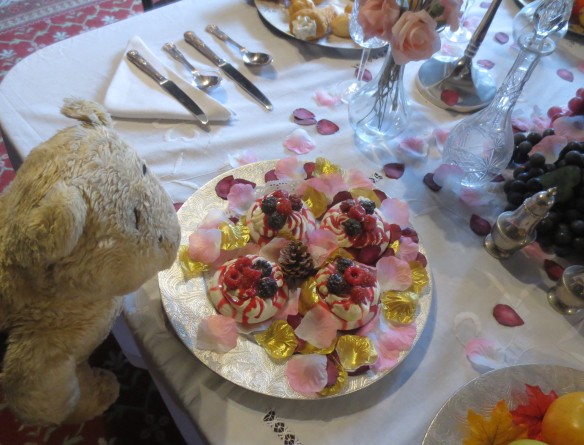 I was pleased to see fire hoses at the ready in case of fire.

In one room behind wooden panelling there was a ladder leading to a ‘priest hole’.  A priest would have lived in the secret room at the time when it was against the law to follow the catholic religion. 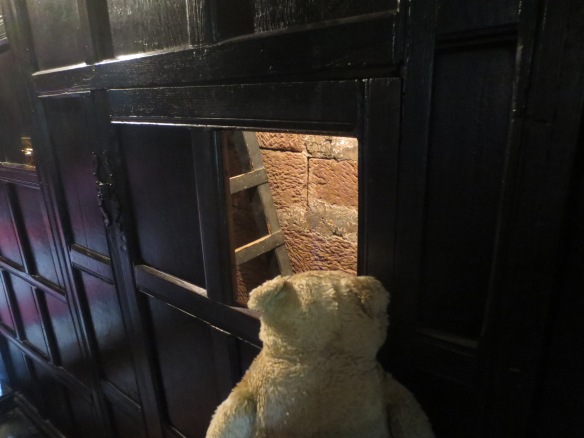 In the kitchen downstairs I was very tempted by a large salmon until I realised it was plastic! 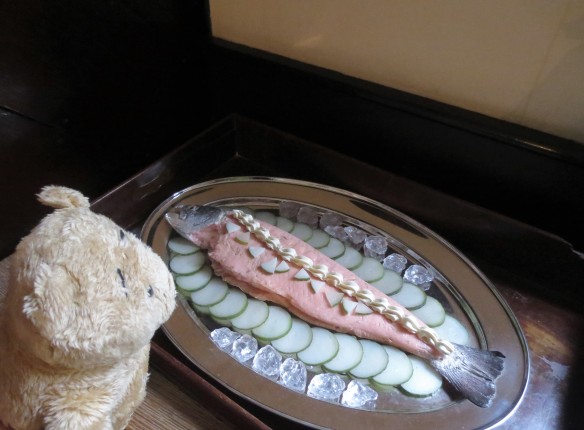 Before leaving the house I decided to try on a few hats.  I think this one makes me look very important and a bit silly at the same time.

I felt more at home in the cap, and the humans said I looked quite ‘dapper’ in it.

After leaving the house we went outside to explore the gardens.

Here I am at the back of the house.

Beyond the formal garden there are some woods including a willow sculpture which I explored.

I played a little tune using a giant glockenspiel, but could only reach the bottom three notes.

I should have wondered about the possibility of giants when I measured my height.  The sign behind my head said ‘baby giant’.

I clambered around on some big tree trunks, one of which was inhabited by fairies (you may notice the door). 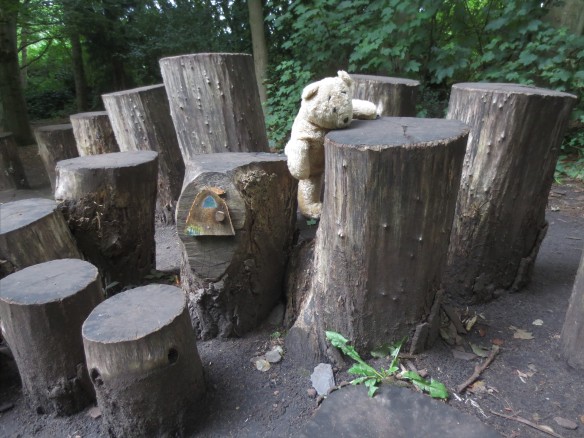 It was quite hard work for a small bear.

Just as well I found a chair to rest in, though the chair was exceptionally large. 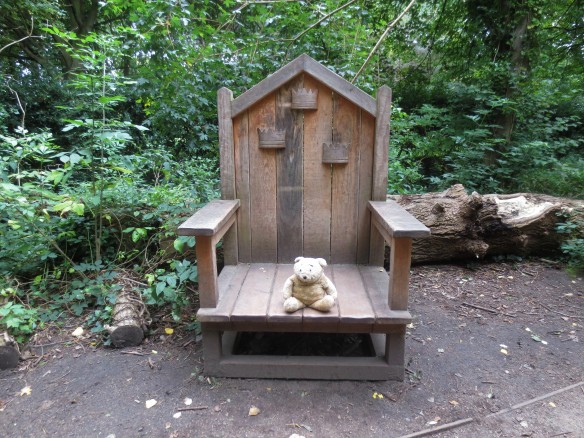 The very large chair suddenly made sense when just around the corner a house came into sight.  Someone was sound asleep inside, snoring very loudly.  Someone with very big feet.  A giant!  I didn’t hang around for long in case he woke up, he may have been a ‘big friendly giant’ but I wasn’t taking any chances.

Once out of the woods I explored the maze, keeping an eye on the woods in case the giant had woken up.

All the excitement made me quite hungry.  Wet Nelly yum yum yum.