Being a bear I am fond of woods and I also enjoy gardening; so decided to visit Colby Woodland Garden during my stay in Wales. 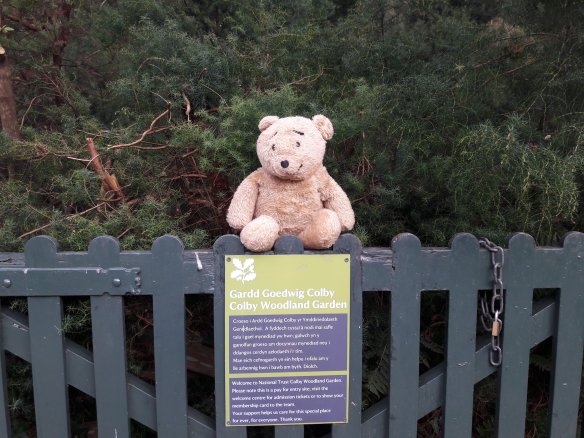 It was quite early in the year for many of the flowers but the camelia behind me was in full bloom in the walled garden. 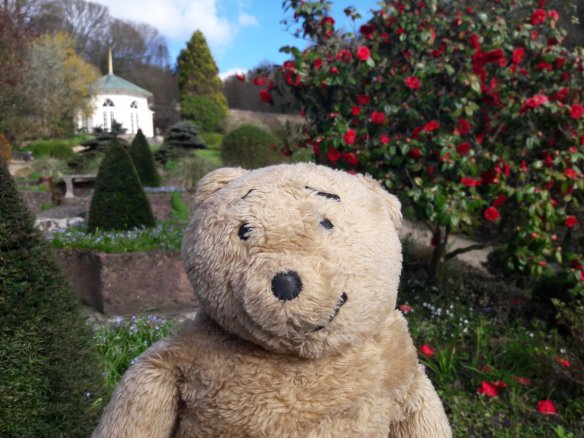 Unfortunately the doves were not at home. 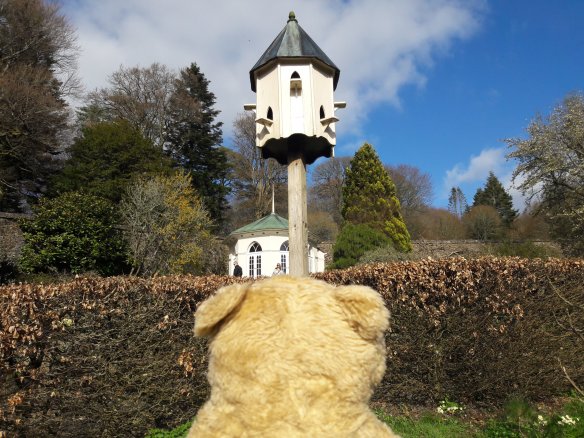 A lovely little stream ran gently down from the summer house to a small round pond. It wasn’t deep but I was still very careful not to fall in.

Many primroses were in bloom….

The apple blossom also was also starting to appear. 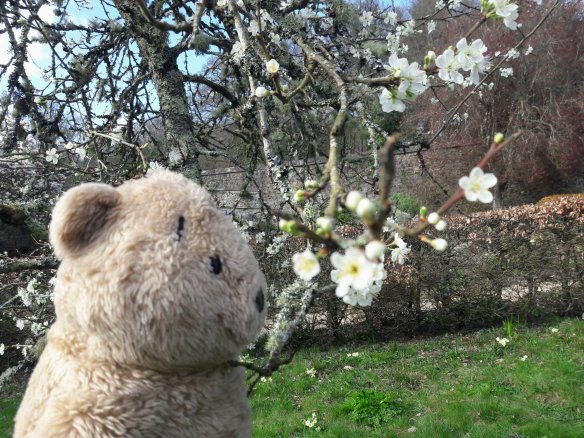 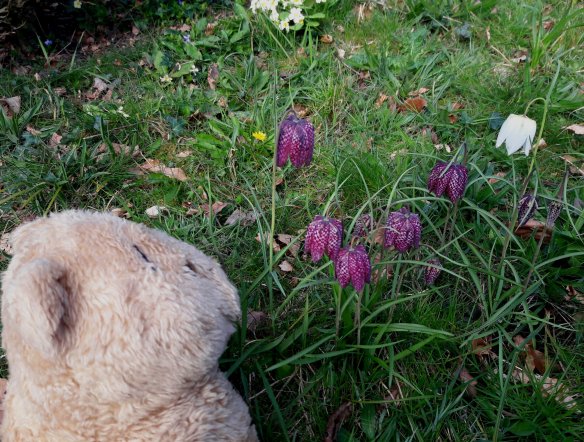 Sunbathing in early spring is delightful.

While walking around the woodland I came across a very odd looking tree stump. From the distance I thought it was fungi but closer inspection revealed many one penny pieces stuck firmly in the bark.

I crossed over the stream very carefully though nearly fell through the gap a couple of times.

An opportunity for climbing can never be ignored… 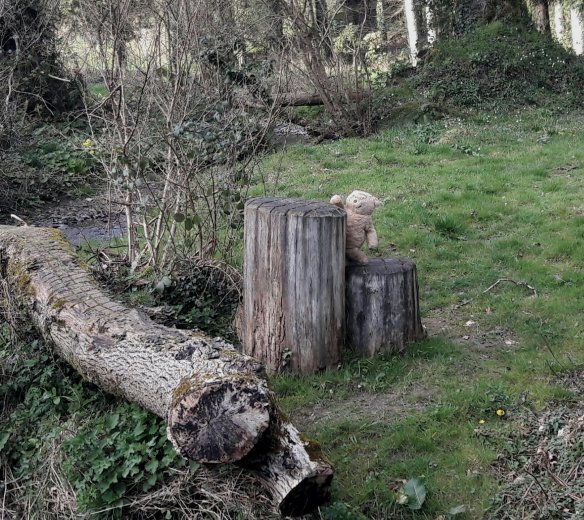 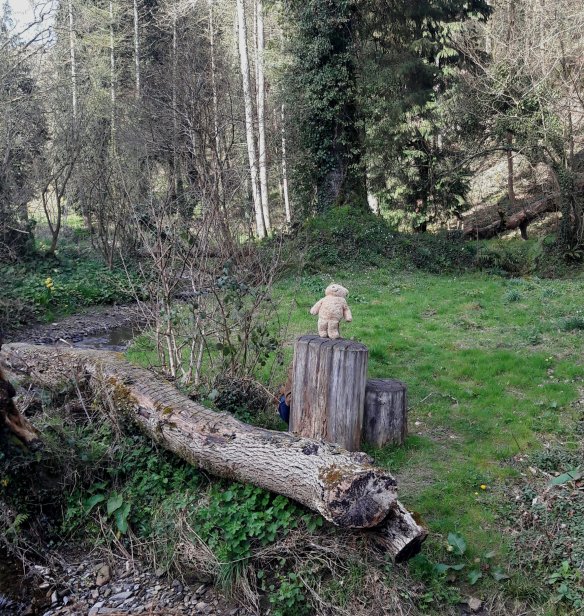 From the distance this fallen tree looked a bit like a giant crocodile. Humans had carved a criss cross pattern on it to stop it being slippery making it safer to climb on.

Some of the rhododendrums werein flower. This one had blooms nearly asbig as my head.

I was looking forward to my customary post visit tea and cake but was somewhat dissappointed to find the café closed.

If you like a cup of tea and cake after exploring probably best not to visit until after 6th April when café opens.